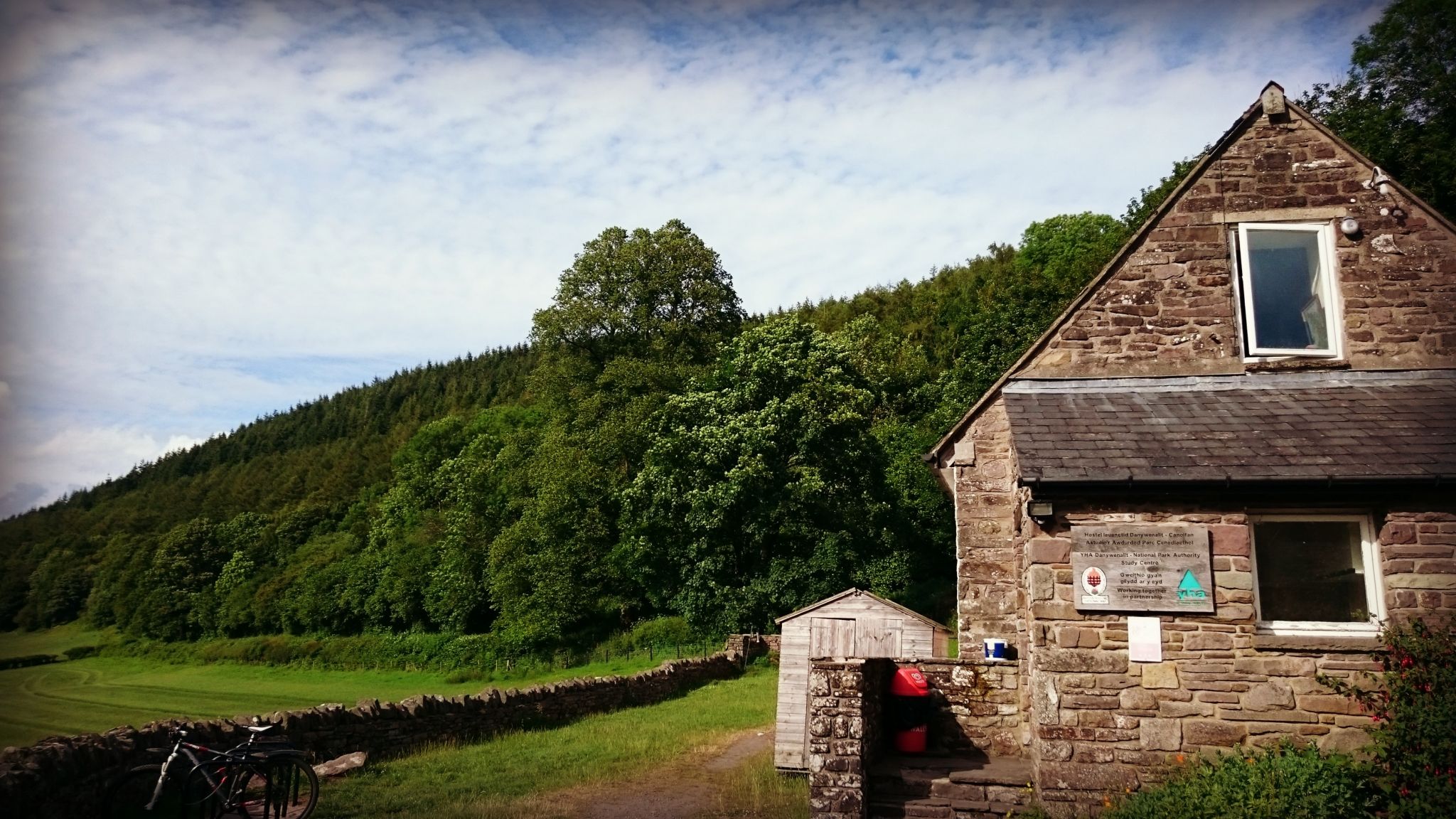 The Brecon Beacons have 2 YHA Youth Hostels. We stayed in YHA Danywenallt, a converted farmhouse reached by driving (or walking or cycling) on a road which crosses a huge reservoir. There, nestled amongst woodlands and fields, is the traditional white painted Welsh farmhouse of YHA Danywenallt. The house can accommodate a maximum of 36 people in a range of private rooms, dormitories and camping pitches. If you don’t fancy taking your own tent, they do have some bell tents for the glamping experience. The bonus of camping here is that you have the lounge and facilities of the hostel at your disposal – particularly helpful if it rains, Wales is green for a reason!

We went with two other families and we all had private family rooms and even en suite bathrooms. We had dinner at the hostel as although it’s only a few miles from Brecon, it’s quite a rural drive so I’d recommend you take your own food or have the hostel menu. Fear not, there is a licensed bar and you can sit outside and admire the views of the valley whilst having a drink. If you’ve a large family or plenty of friends you can also hire the hostel on an exclusive use basis and have the place to yourselves.  What a place to have a party!

If the green rolling hills, walking, climbing and outdoor pursuits of the Brecon Beacons aren’t enough for you then Danywenallt is well placed for visiting some of Britain’s finest castles. Wales is home to over 600 castles, more than any other country in Europe, so you won’t get round all of them in a weekend but you can make a start!

10 CASTLES TO EXPLORE FROM DANYWENALLT

(40 mins by car from Danywenallt)

On a larger scale, Raglan is grander than some of its turreted neighbours. The scene of one of the last sieges of the civil war, this impressive Castle boasted mullioned windows and wooden panels in its heyday. More recently it has been the scene of filming for the Merlin TV series, making it popular with the kids!

(1 hour by car from Danywenallt – near Wye Valley YHA, another favourite of ours with a great riverside position, archery and camping.)

In England rather than Wales, Goodrich is managed by English Heritage and is one of the best preserved English castles you can find.

Chepstow Castle has the original castle doors from 1190 still on display, plenty of ruins and fortifications and slopes for kids to run around. Described as an impenetrable fortress following famous knight Sir William Marshall’s modifications, it’s a favourite with our family.

The biggest castle in Wales, and the second largest in Great Britain, the 13th Century builders of Caerphilly Castle certainly weren’t lacking in ambition. The castle is surrounded by a network of artificial lakes providing extensive water defences. A stunning piece of medieval architecture and design.

(35 mins by car from Danywenallt)

Cyfartha isn’t your traditional Welsh medieval castle. It was built in the 19th Century by a fabulously wealthy Welsh Ironmaster. The Castle, museum and art gallery chart not only the history of iron mining in Wales, but its artistic and cultural heritage as well as key political moments.

This ruined castle in the Brecon Beacons National Park has stunning views. Run by the National Trust it also has guided walks to the nearby nature reserve, croquet, ponds and a medieval deer park.

(44 mins by car from Danywenallt)

All three of these castles are free to visit, Skenfrith being perhaps more ruinous than the others, and you can combine them all for a whizz around castle architecture.

Made famous by the poetry of Welsh Poet Dylan Thomas who wrote here, it’s now a scenic riverbank ruin.

Whichever YHA Hostel you stay at in Wales, you’ll never be far from one of the huge number of Welsh castles with their legends, history and folklore.

WANT TO STAY IN A HAUNTED CASTLE?

You can read about my stay at St Briavels Castle YHA here. 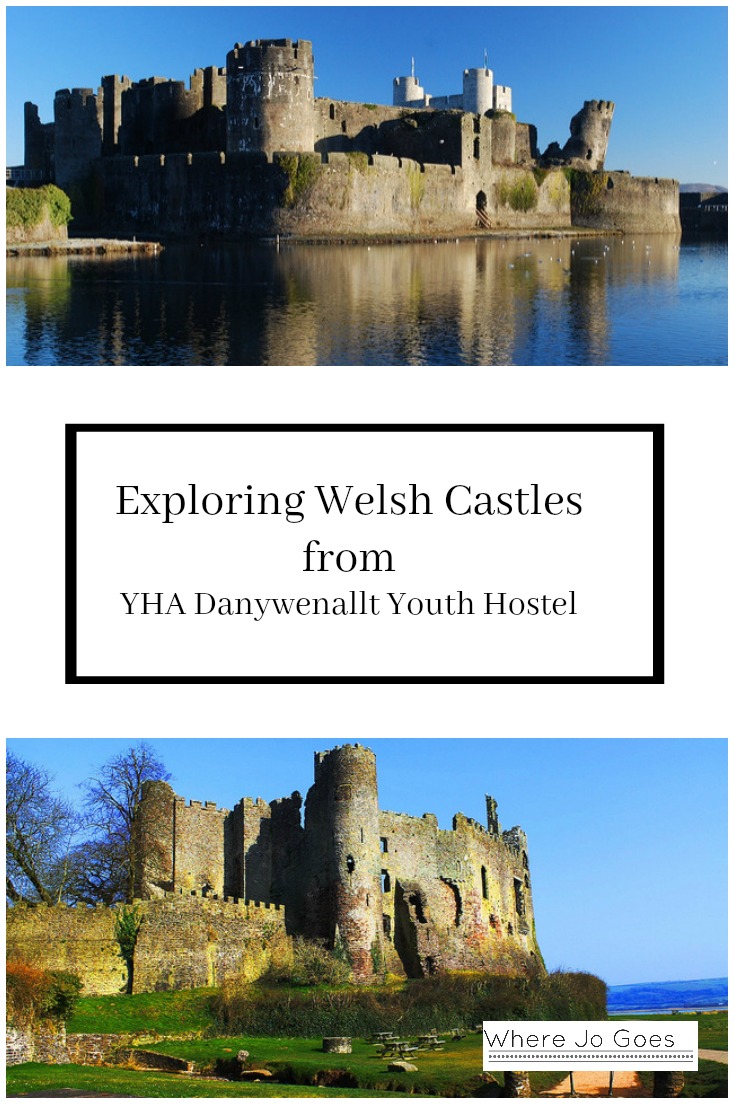 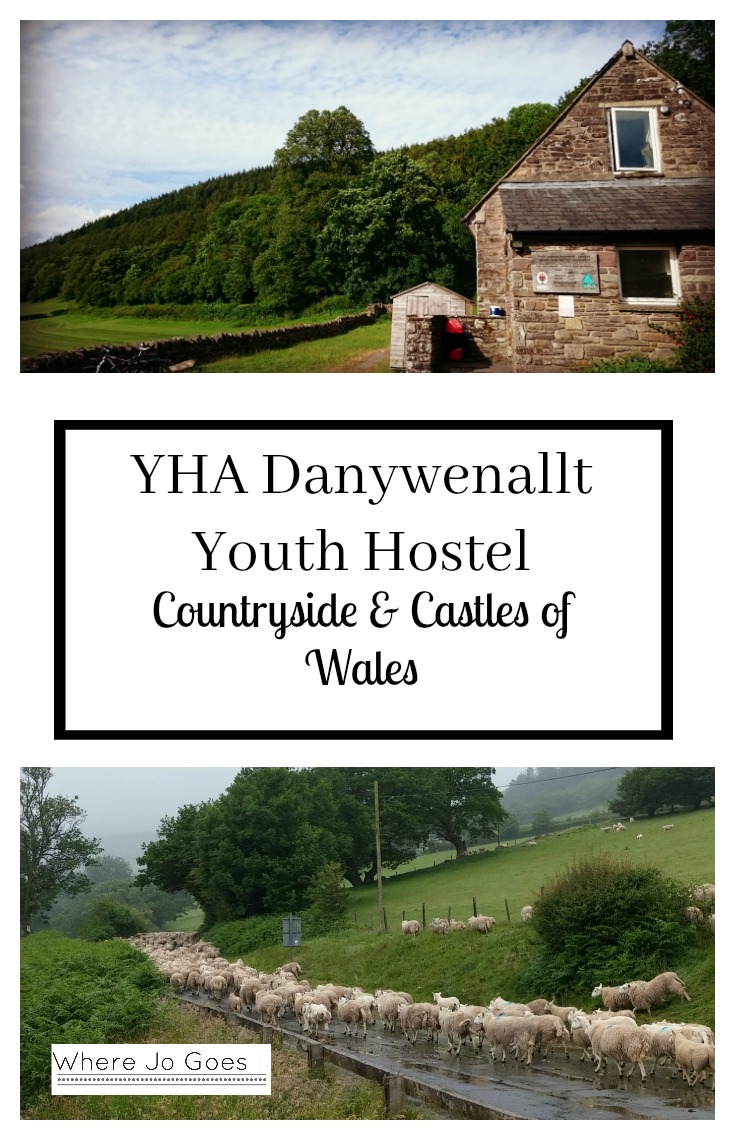