We recently visited the iconic O2, London, for a major sporting event and were bowled over by what a great venue it is and how much there is to do there! The arena itself certainly has the wow factor, even though it only fills part of the dome. With capacity for 20,000 yet feeling surprisingly intimate, we were close to the action but if you wanted to nip out for a moment it was easy, thanks to the clever design of the arena with its many entrances. For concerts, sporting events and exhibitions in London, the O2 has a huge range on offer. 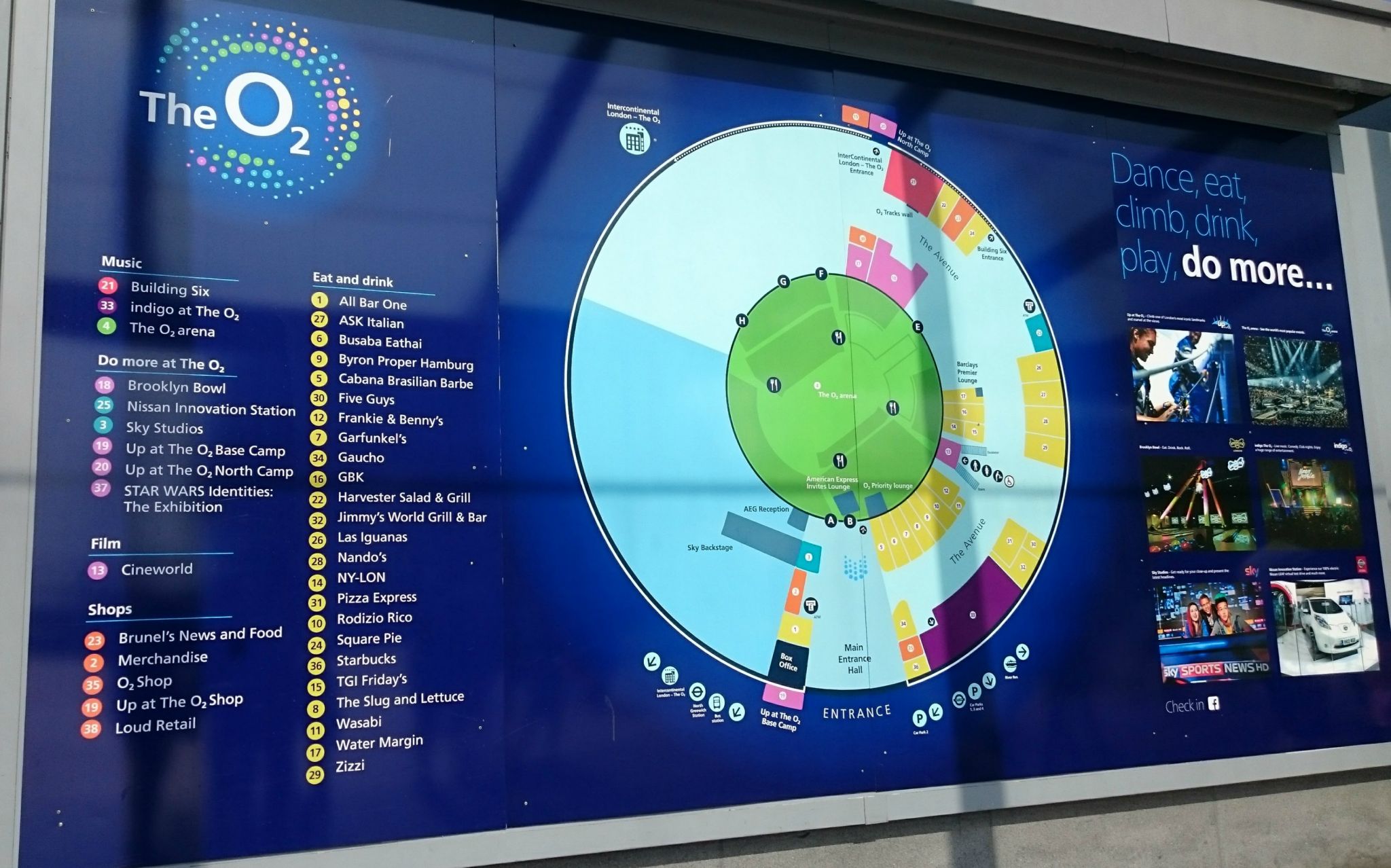 We attended the World Cup of Gymastics, which was being held at the O2 for the first time. A capacity crowd of gymnastic fans enjoyed world class competition from 8 countries, as well as entertainment from supporting acts and guest appearances from some of Britain’s best gymnasts.  As we entered the O2, Britain’s Got Talent stars Boogie Storm were on hand to greet the kids whilst a drumming band performed acrobatics. The event was off to a great start! Three hours of international women’s gymnastics sped by and the home crowd celebrated as British Olympic medal winner Amy Tinkler took the bronze medal. 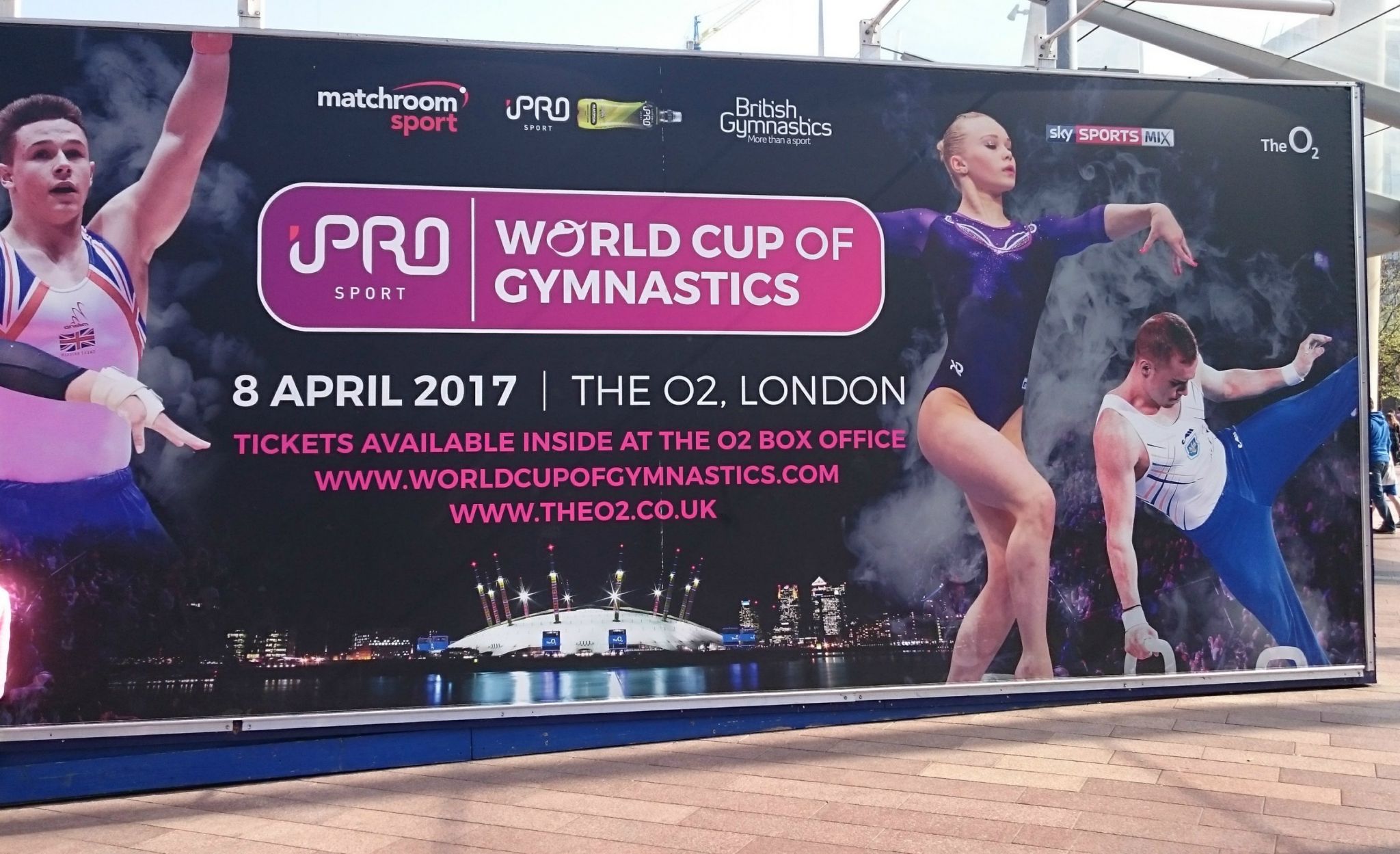 This was a fantastic event to take my children to and really brought home the power of sporting inspiration to kids. My mini gymnasts loved it, especially when they spotted themselves waving their flags on the big screen!

Forthcoming sporting events are very varied, from darts to football, basketball to wrestling, tennis and boxing.

As well as the main arena there is a smaller venue for more intimate concerts.  In 2008 the O2 Arena was the world’s busiest music venue, beating even Madison Square Gardens in New York. This year alone sees Lady Gaga, Iron Maiden, Ariana Grande, Kiss, Ed Sheeran and Take That perform at the arena.  Certainly an eclectic mix!

Peter Kay famously became the first comedian ever to sell out 15 nights at the O2. Jimmy Carr, Mrs Brown and John Bishop have all filled this iconic stadium.

Yes you can walk on top of the O2 – with the appropriate safety gear and a climb guide of course! It takes 90 minutes to cross over the O2, stopping at the observation platform for stunning views of London on the way. If you love views and don’t mind heights, this is a unique way to visit the O2 and see London from above. There are age restrictions (no under 10s) as well as height and weight restrictions, so check out the details on the website to book. You can also now do a Climb and Dine restaurant and climbing combination.

There’s a multiplex inside the O2. Normally multiplexes are huge venues on their own, but this massive 11 screen cinema just slots into a small part of the dome. 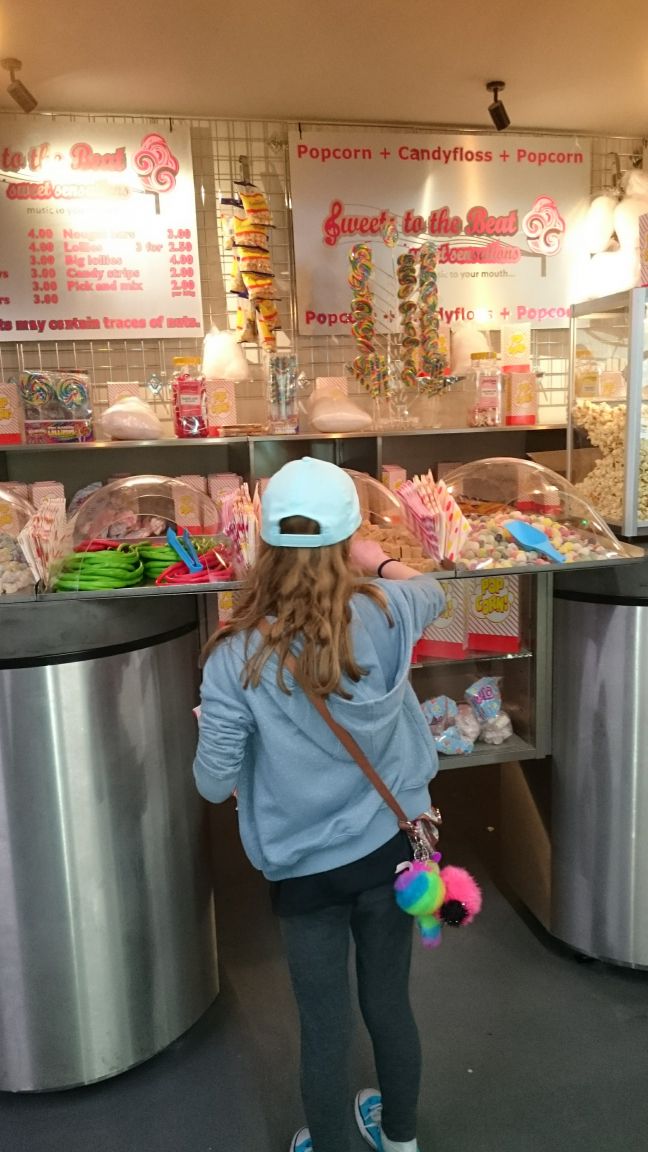 There are food and drink counters arena-side as well. My dd made a beeline for the candy stand.

One small thing that I wasn’t a fan of at the O2 was that on entry to the arena itself you cannot take any water through security, like an airport. That would be fine but they charge £4 for small bottle of water on the other side! You can ask for tap water at any drinks outlet so my tip is to do that or be prepared to pay £16 for the whole family to have a water #outrageous! 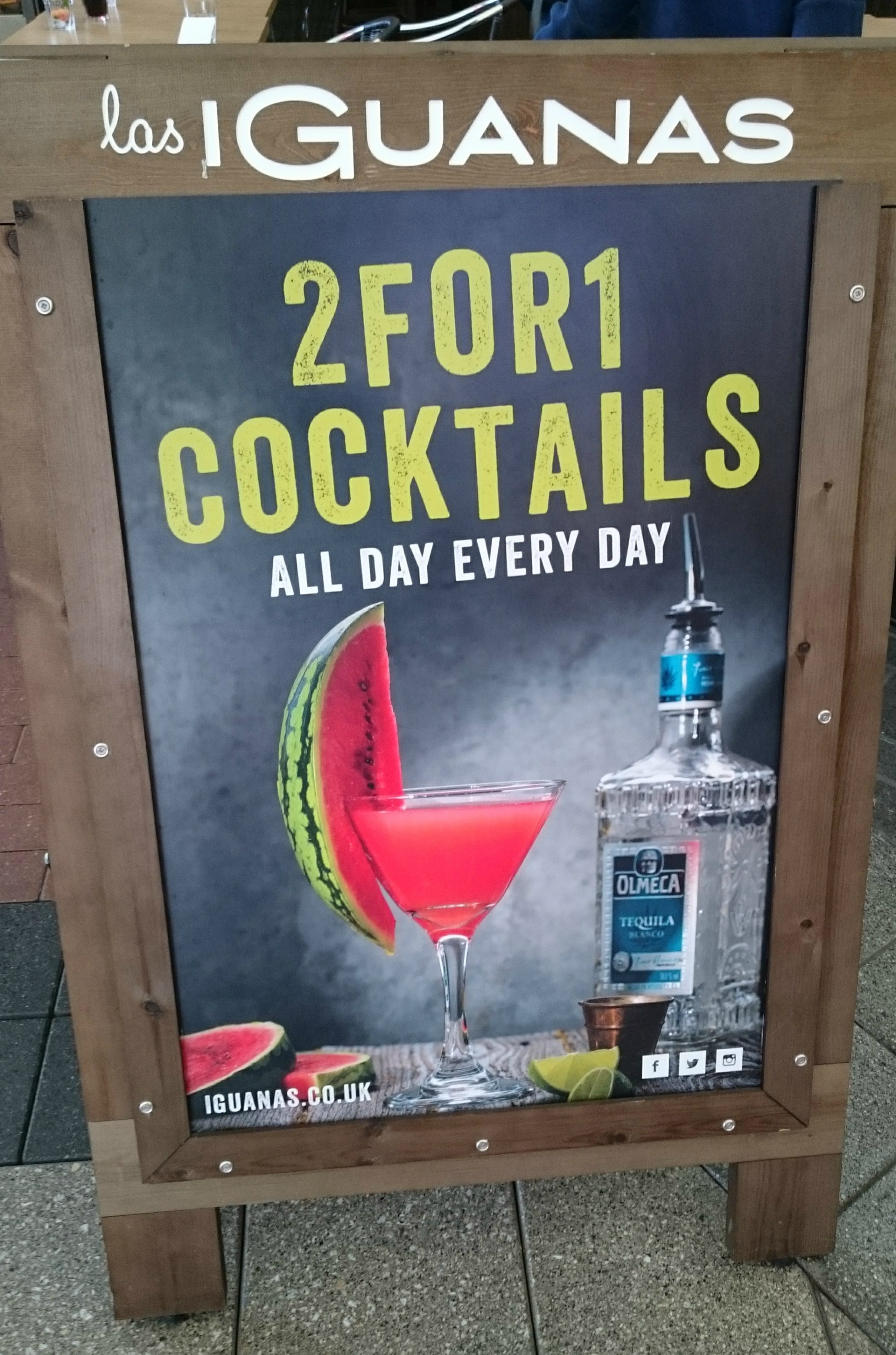 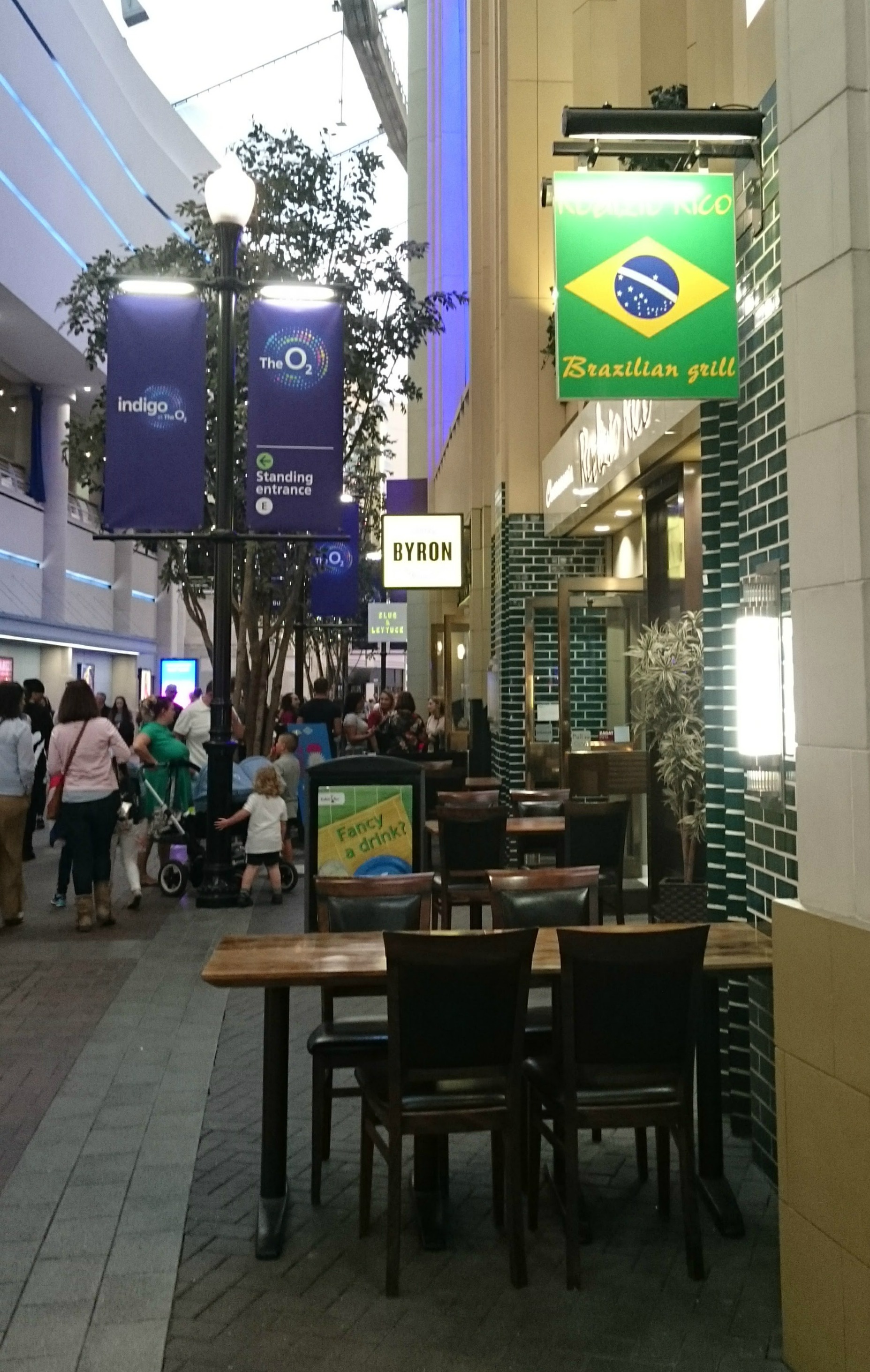 Exhibitions vary throughout the year but are usually crowd-pullers. 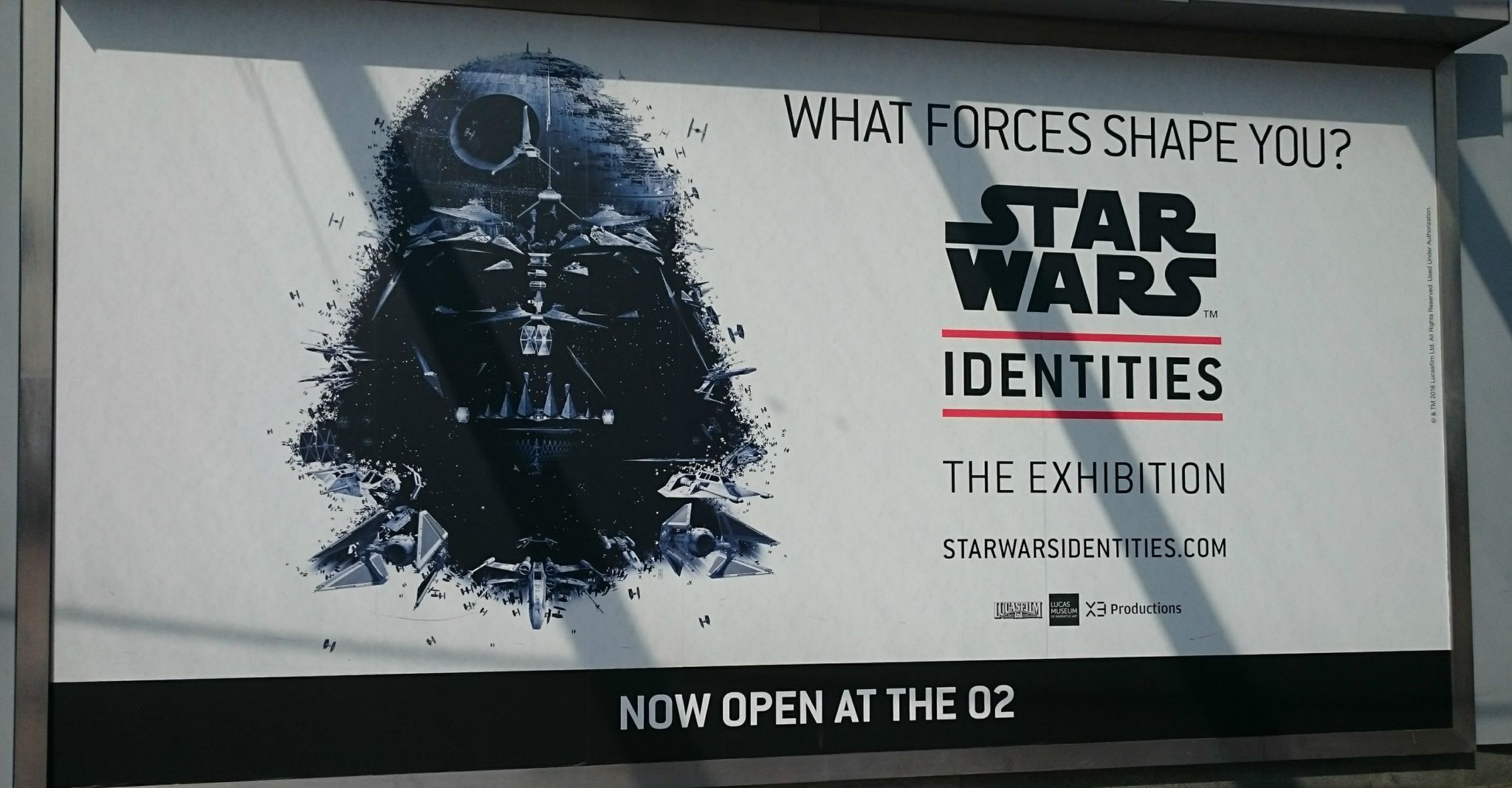 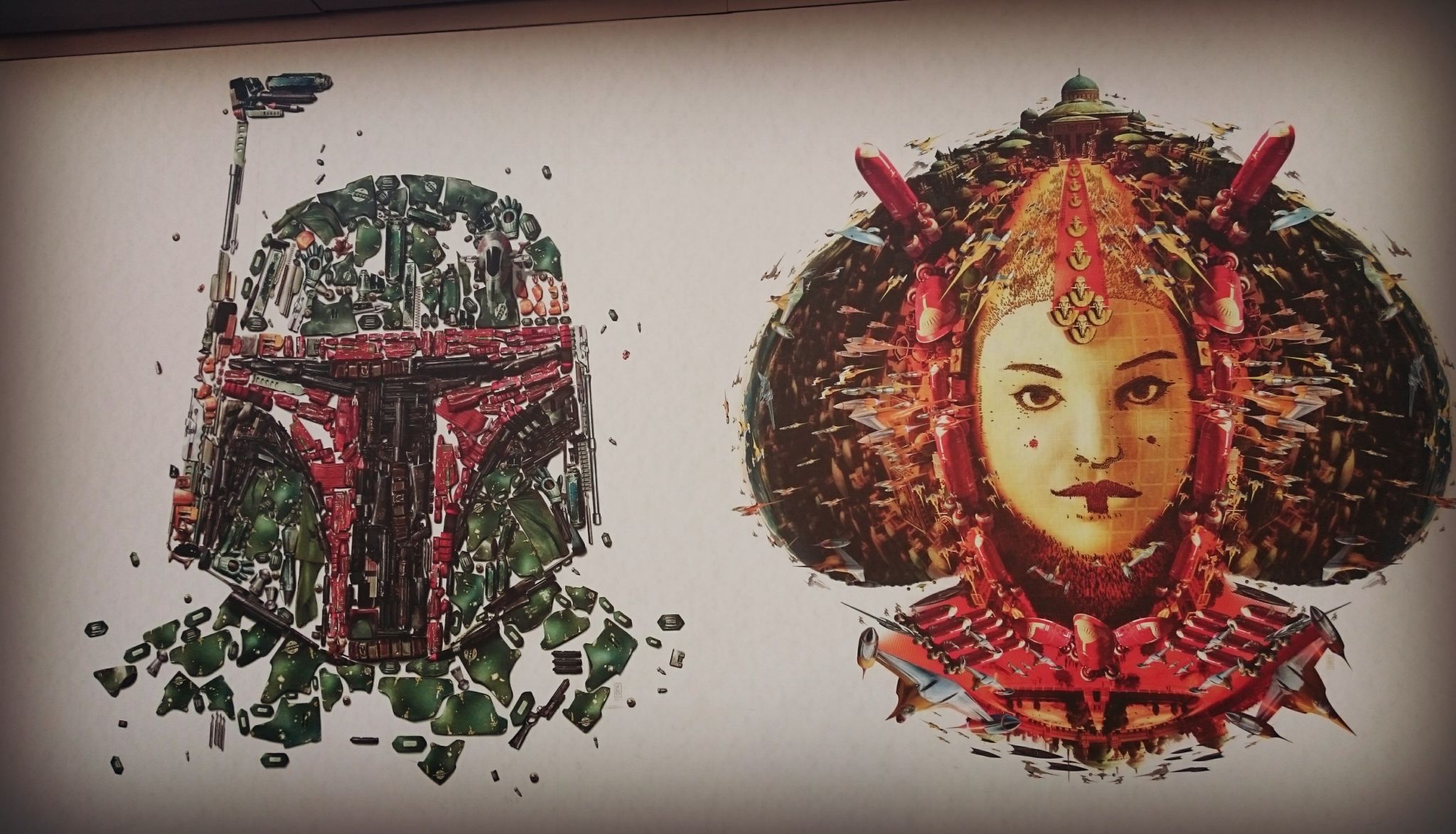 Sky Studios is a small area when you enter the arena where you can pose for pictures with TV superheroes or pretend to read the news. You wouldn’t head for the O2 just for this free activity but whilst you are there it’s fun to drop by for a few minutes.

Icon Outlet is a new addition to the O2 and has 60 outlet stores all under one roof, mainly fashion and lifestyle brands. There’s always time to squeeze in a little shopping, right?

Not at the O2 but right next door is the Emirates Airline Cable Car that goes from the O2 over the River Thames. Spectacular views of London and if you don’t fancy the Up@O2 experience or have people in your group whom it wouldn’t suit, this is a good alternative.  My children also enjoyed the small exhibition you can visit at the end and pretend to fly a plane. 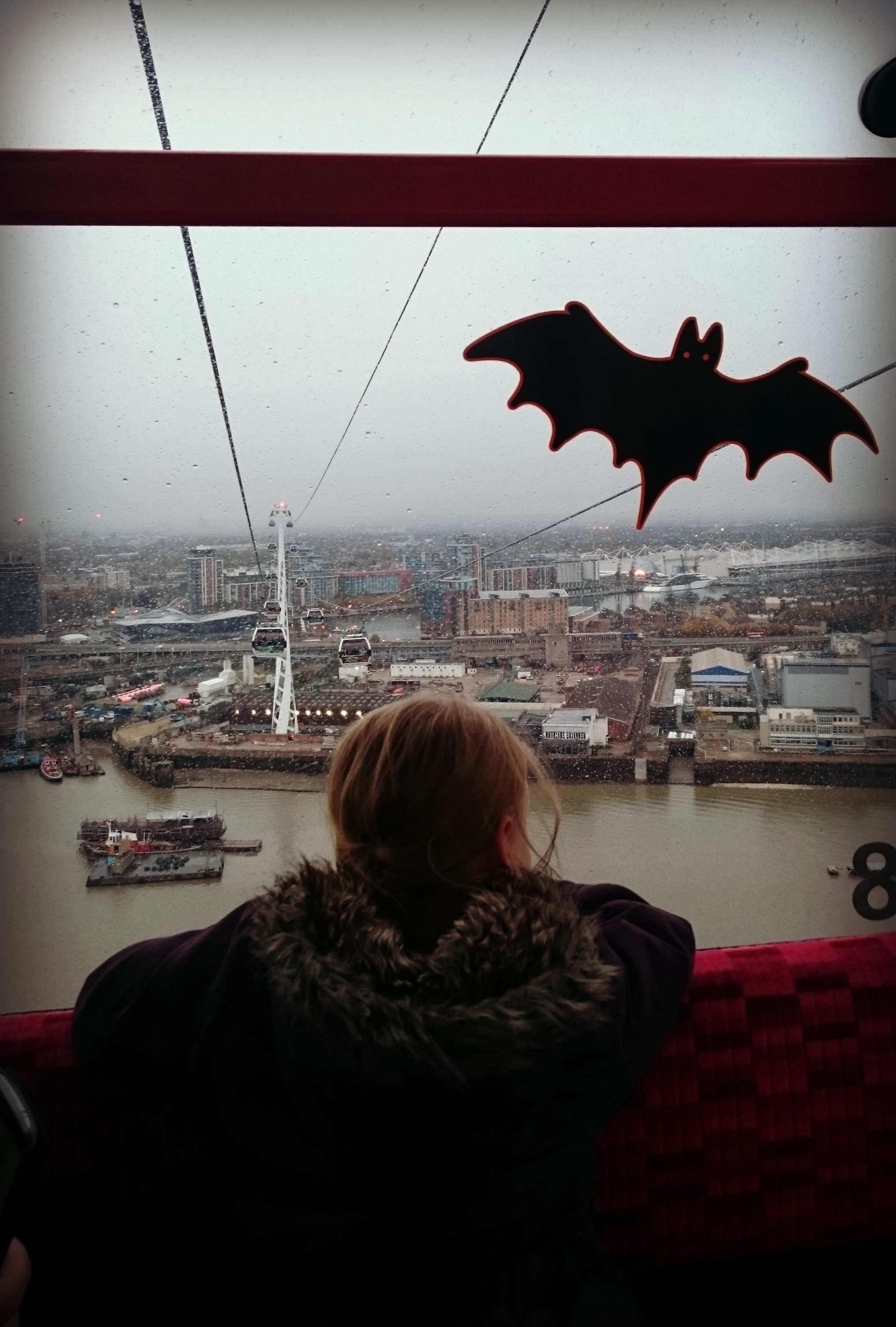 As entertainment centres go, the O2 pretty much has something for all tastes.  I’d love to know what you’ve seen at the O2! 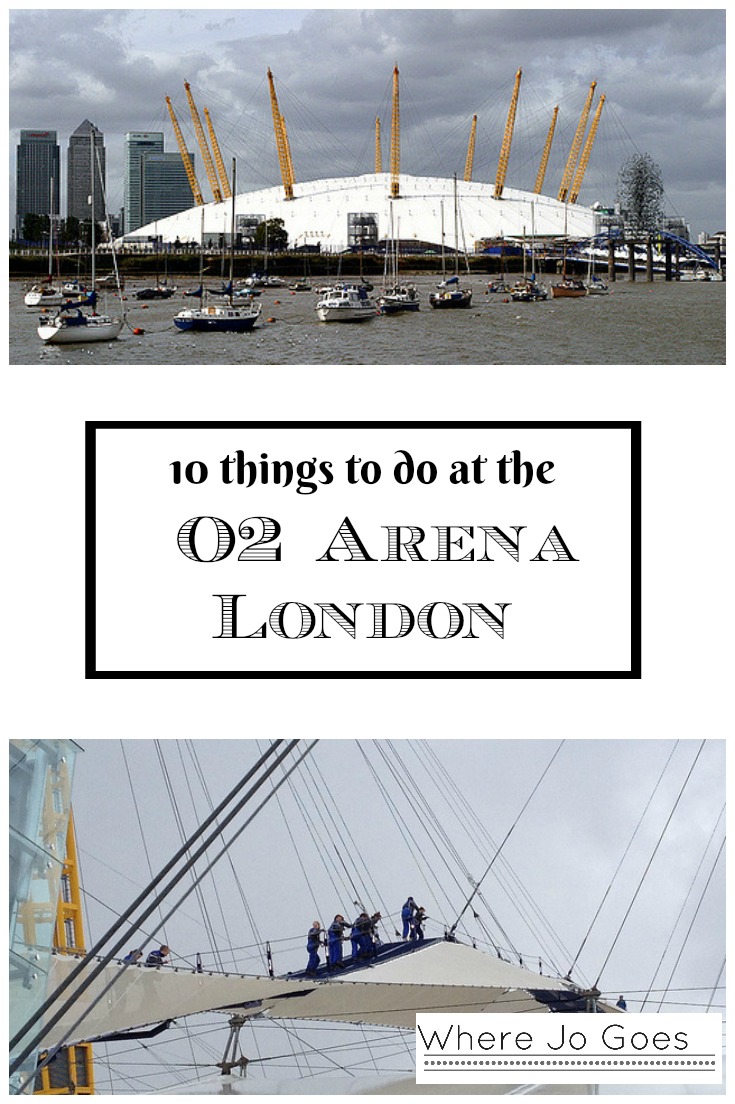