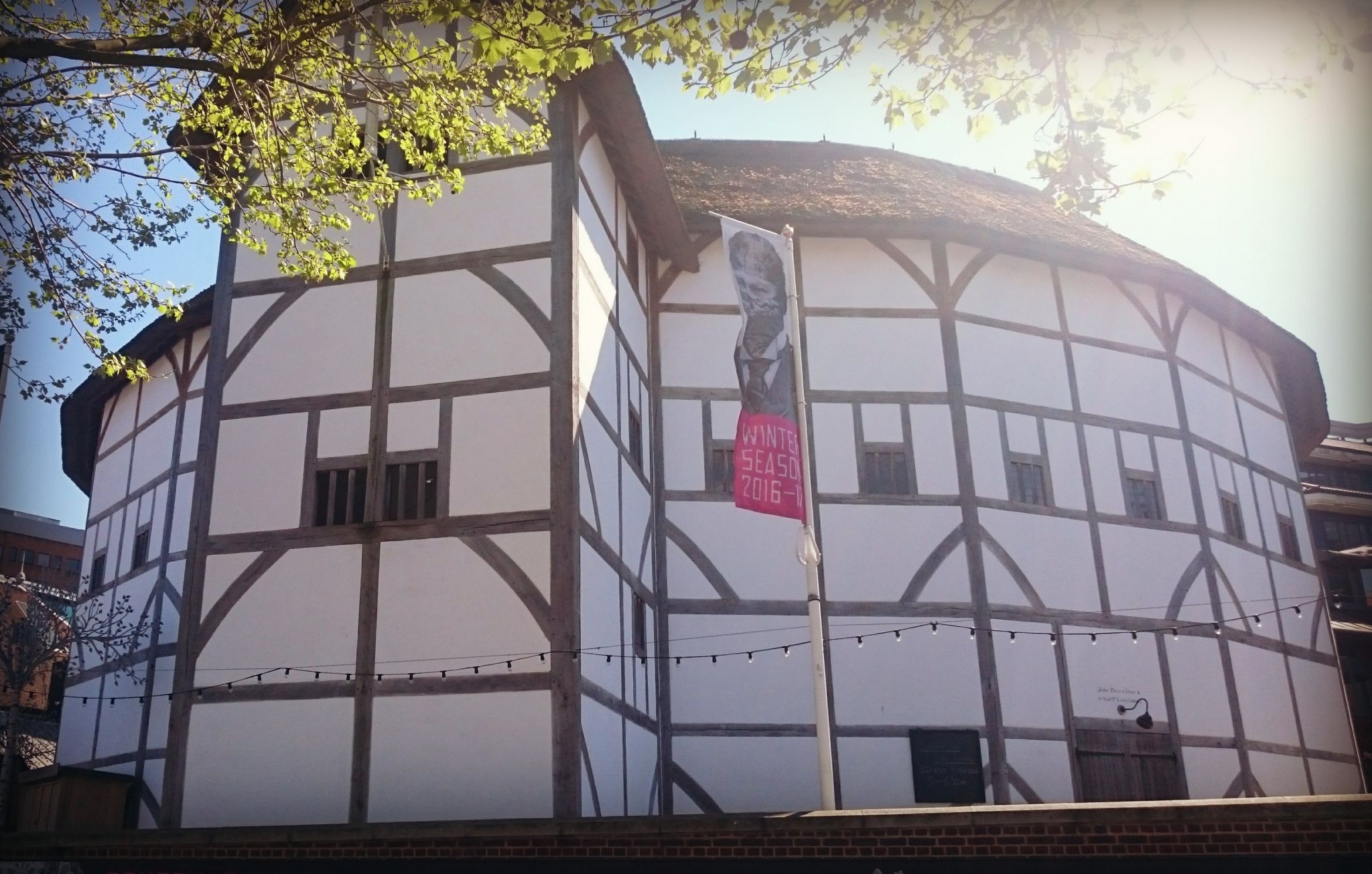 Forsooth -what could be more English than William Shakespeare himself. This month I took my children on a tour of Shakespeare’s Globe Theatre in London and to visit the exhibition there. Perfectly positioned on the banks of the Thames opposite St Paul’s Cathedral, we had already enjoyed late night drinks at the Swan Pub next door the previous day.

Tours of the Globe run every 15 minutes and there is no need to book unless you are a large group. Tours are guided – you can’t just pop round by yourself – and the tour includes access to the Exhibition. Children get in free to the Exhibition if they have a Blue Peter Badge, although you still need to pay for them for the tour. See here on how to get a badge if you live in the UK and have a child age 6-15.

Our tour guide enthralled our group throughout as he entertained us with intriguing facts, hilarious stories, anecdotes aplenty and traditional audience participation. This is not a dry tour, it’s a totally engaging experience. Starting outside we learned about the bawdy era of Shakespeare’s Southwark, then a neighbouring but separate area to the City of London, and the somewhat smelly crowd that made up his punters back in 1599 when the original Globe opened. There was plenty of gross detail about the great unwashed for the kids to enjoy.

Entering the theatre we heard about the long quest to build it and about how its founders, Sam Wanamaker, father of British actress Zoe Wanamaker, and architect Theo Crosby, sadly both died before construction finished in 1997. Neither got to see it open. 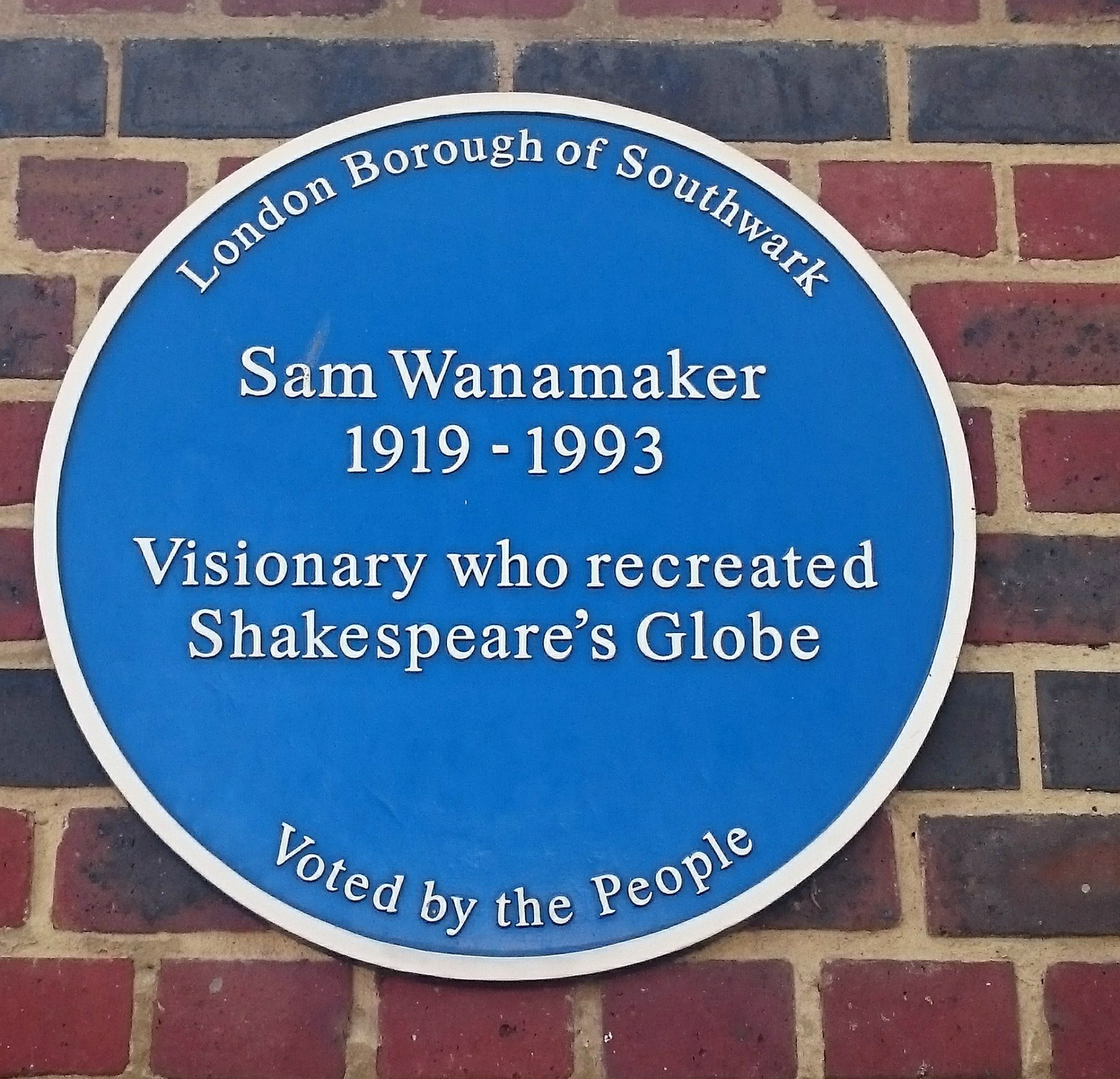 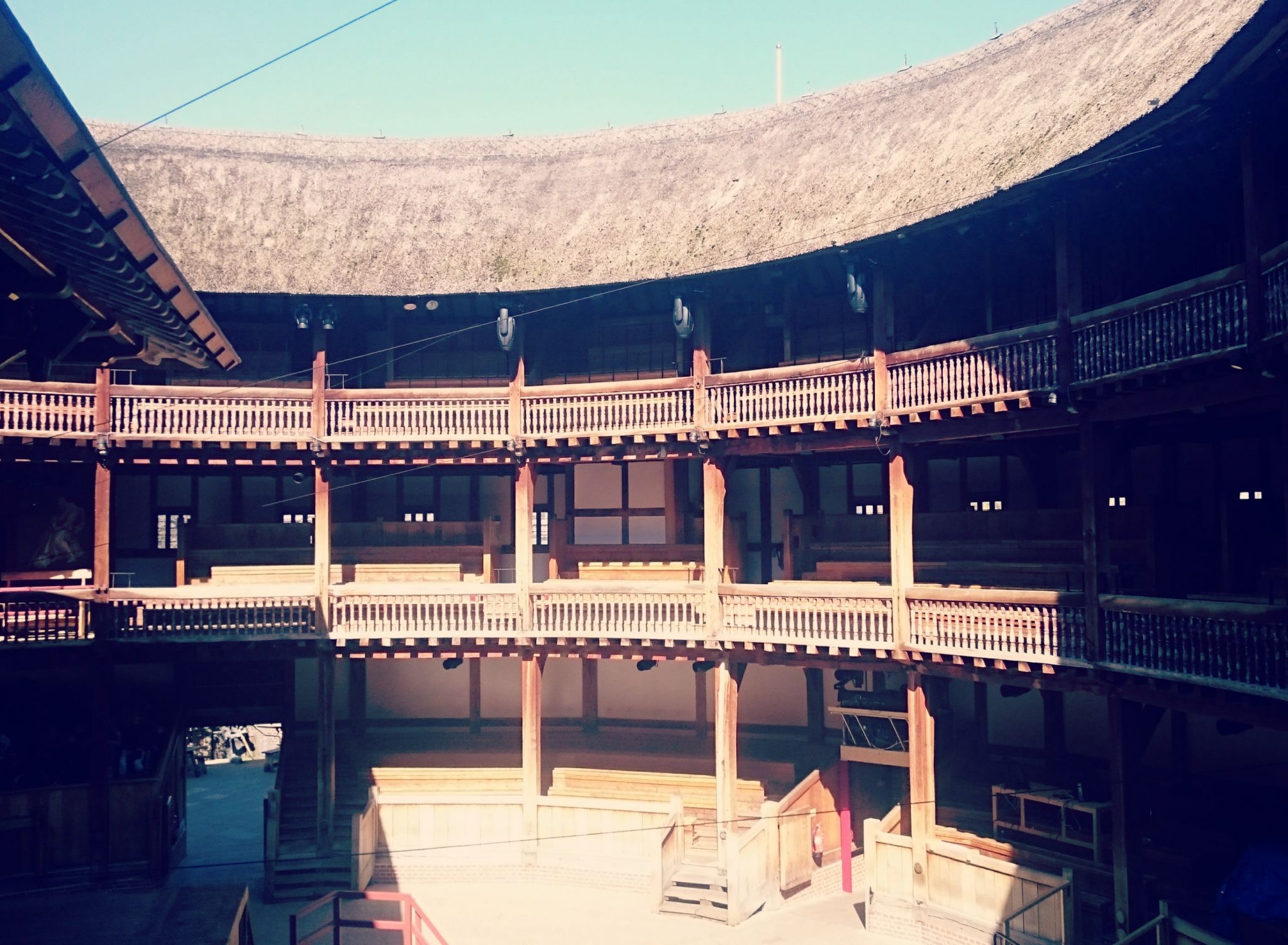 The Tour was thoroughly enjoyable with plenty of opportunity for questions and breaks for Shakespeare style drama from our guide.

The exhibition ranges over 2 floors and is extensive. There are plenty of hands-on elements, where you can use a machine to make sound effects for the stage, record yourself performing (a big hit with my children) and use interactive exhibits.

Excitingly, actors were learning sword fighting and there was the opportunity to hold the stage swords. There is an audio tour and a kids version too.  We always find the kids tours suit the whole family. Shakespeare’s London, the printing press, the costume and music of performance and the history of the theatre are all explored in the Exhibition.

The Globe is a fascinating insight, not only into Shakespeare and his works but the history of London and of the theatre in general. As Shakespeare himself said,

‘All the world’s a stage, and all the men and women merely players’ 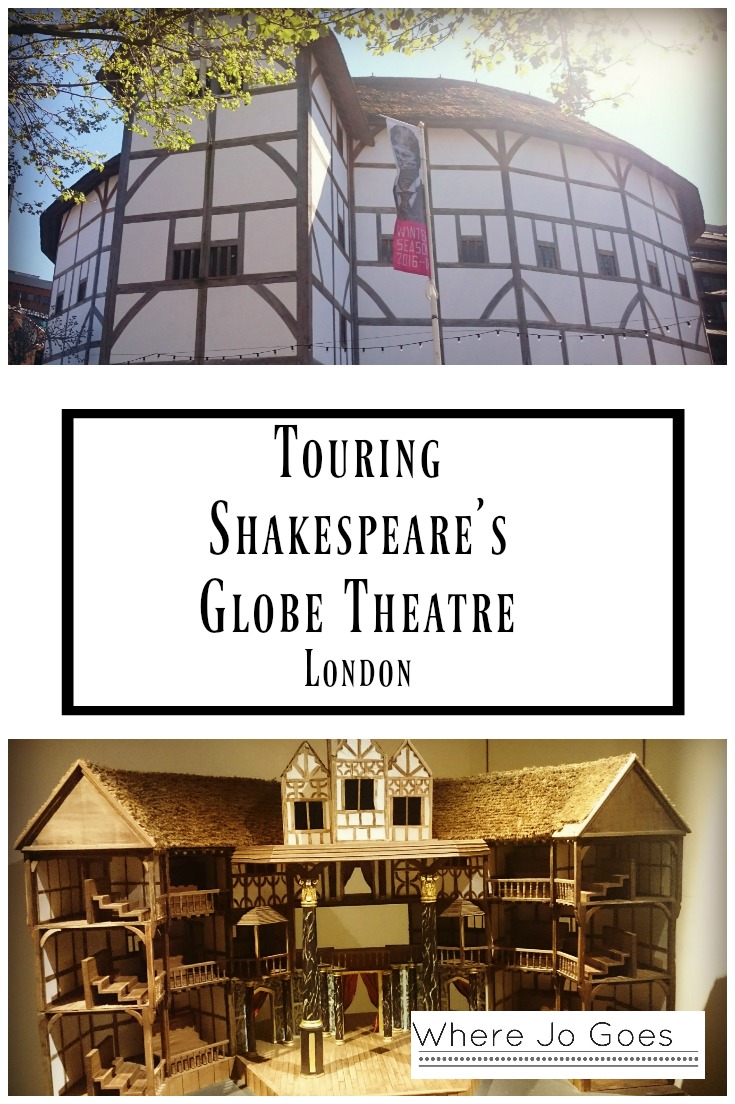