This year I celebrated Mothers Day with my family a little early and headed to one of my favourite not-too-far-away hotels. The Manor House, Castle Combe, afternoon tea is a touch of luxury and the hotel is simply fabulous. We stayed here the first night of our honeymoon at the Manor House, Castle Combe and have been back since for breaks away from the kids, drinks, afternoon teas and a touch of luxury.  The Manor House Castle Combe afternoon tea is served in elegant surroundings in this beautiful village. The five star country house hotel is owned by the Exclusive Hotels group.  The Bybrook Restaurant, under chef Rob Potter, holds a Michelin star and the hotel also owns the cosy village pub, The Castle Inn. 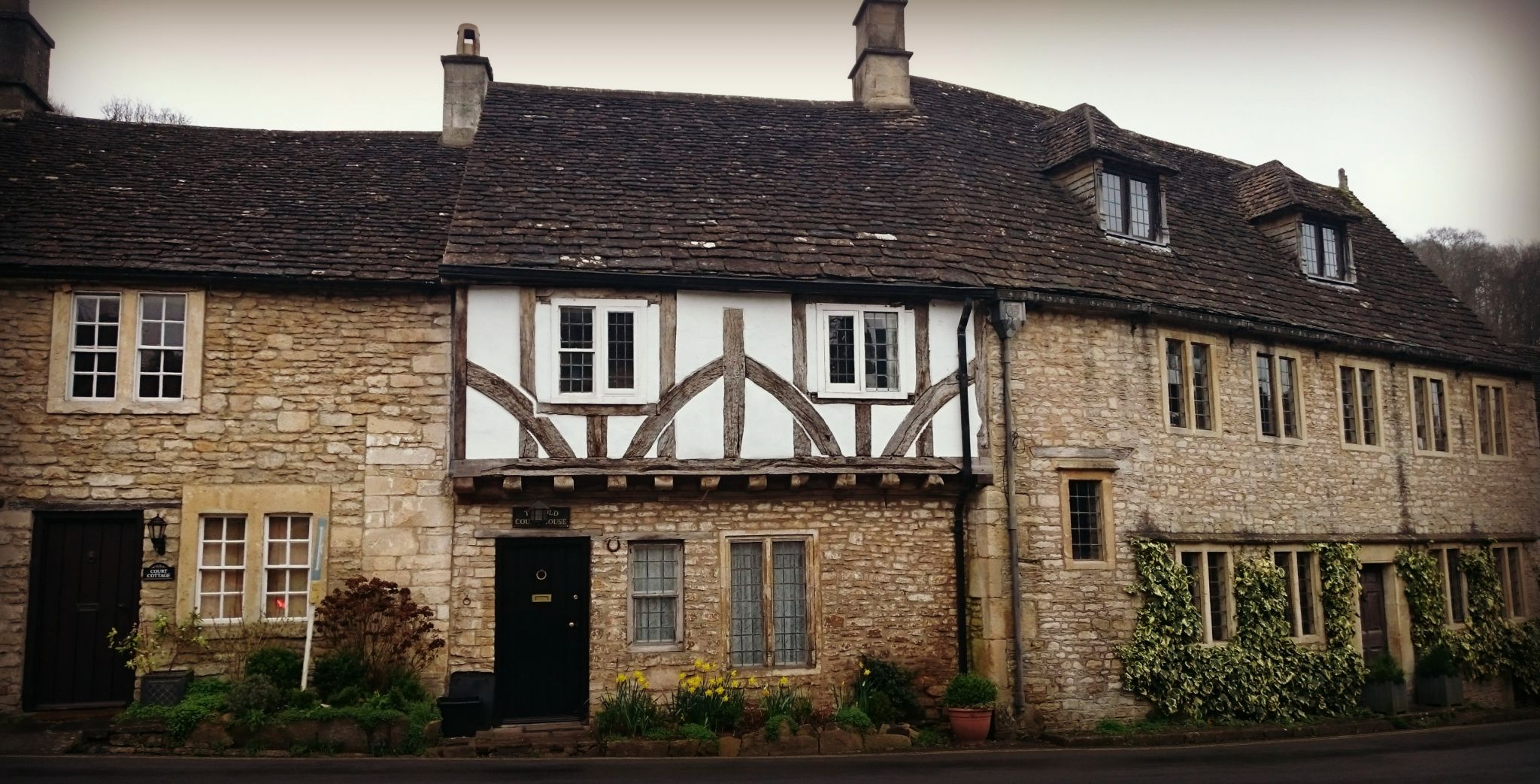 Castle Combe is famous for being dubbed England’s prettiest village, a title it well deserves. Honey coloured stone, a meandering brook, timbered houses, a market cross, village church, people selling jam on their doorstep, this village has all of these. 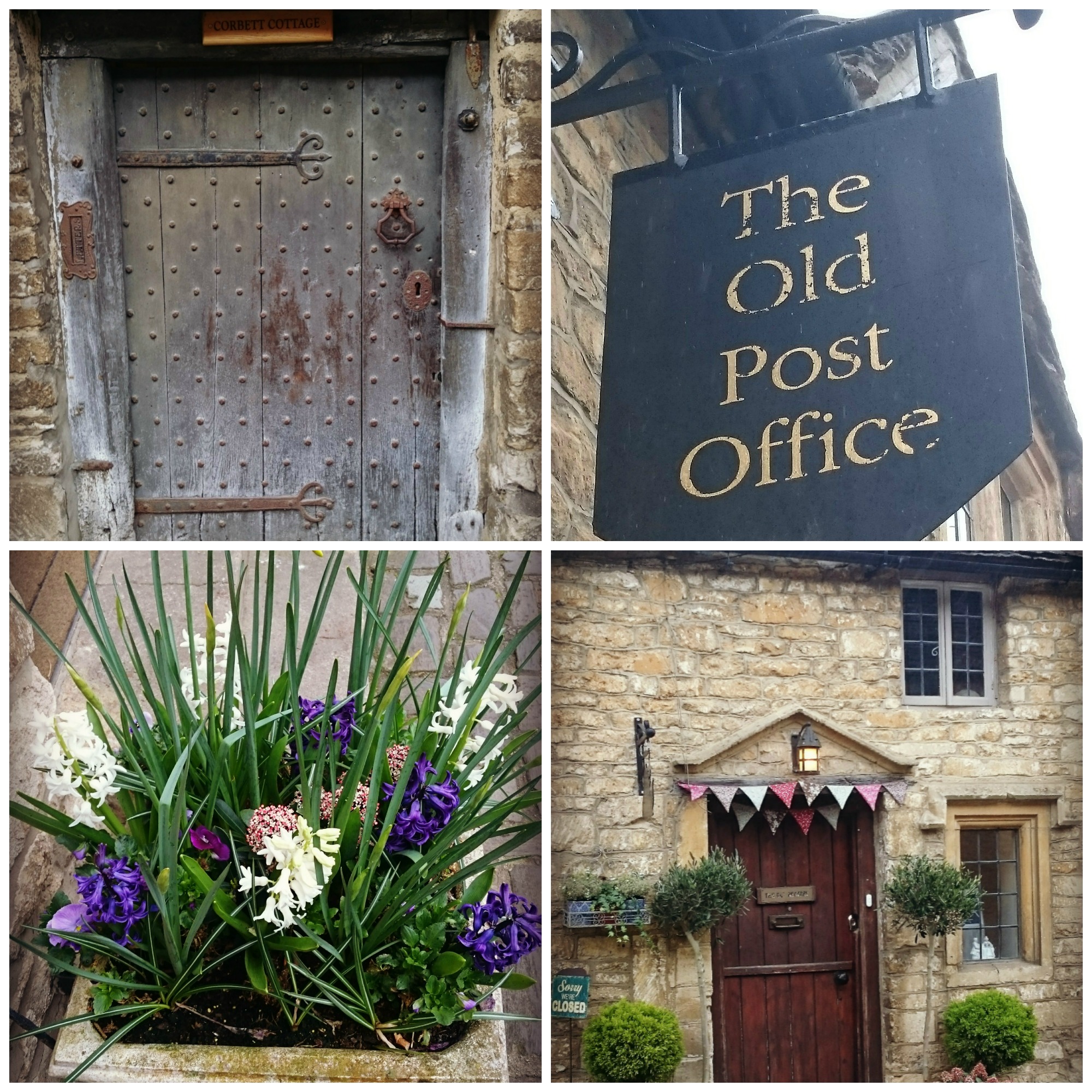 It’s also a location where many movies and TV programmes have been filmed, including War Horse. It’s a charming place for a stroll around and lovely at all times of year, be it a frosty winter’s morn or when the daffodils are out in Spring. 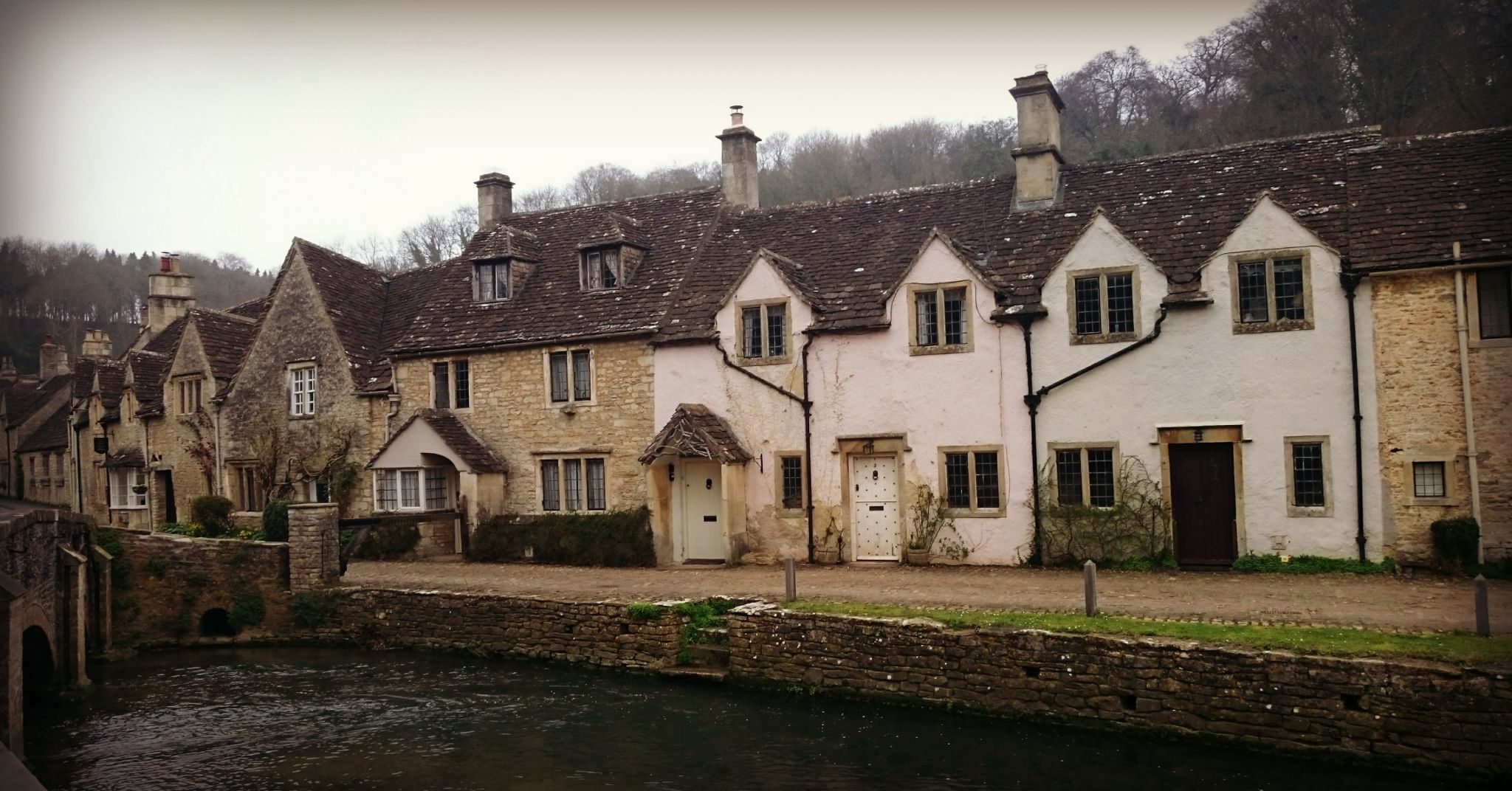 The Manor House, as the name suggests, was the home of the Lords of the Manor dating back to the 14th century, alleged to include Falstaff from Shakespeare’s Henry V. Now a hotel with a very popular golf course, it sits in many acres of land with beautiful grounds.

The cottages in the lane leading up to the hotel are also hotel rooms, including Archway Cottage which has one of its rooms forming an arch over a village road.  They add yet another dimension to this wonderful property. We’ve always stayed in the Manor House itself but the cottages are really pretty. 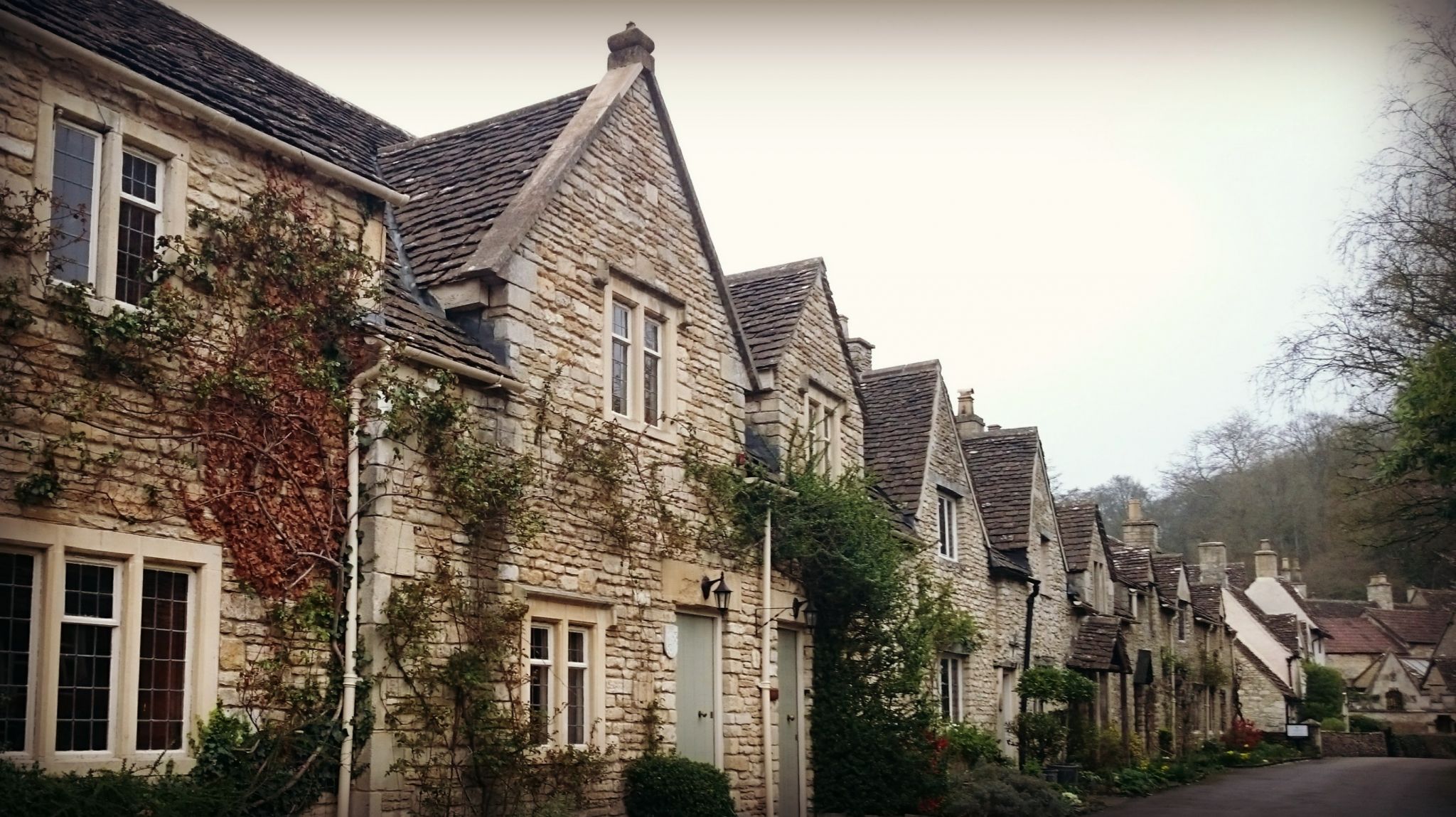 The hotel has a river with waterfalls running through the grounds, Italianate gardens and, very popular with my children, a giant chess set.

After a stroll through the village, a game of outdoors chess and some riverside admiration of the beautiful cherry blossoms we went inside for afternoon tea. The tea is served in the hotel’s various lounges, all differently decorated, all sumptuous, some with log fires, some cosy and some grander. 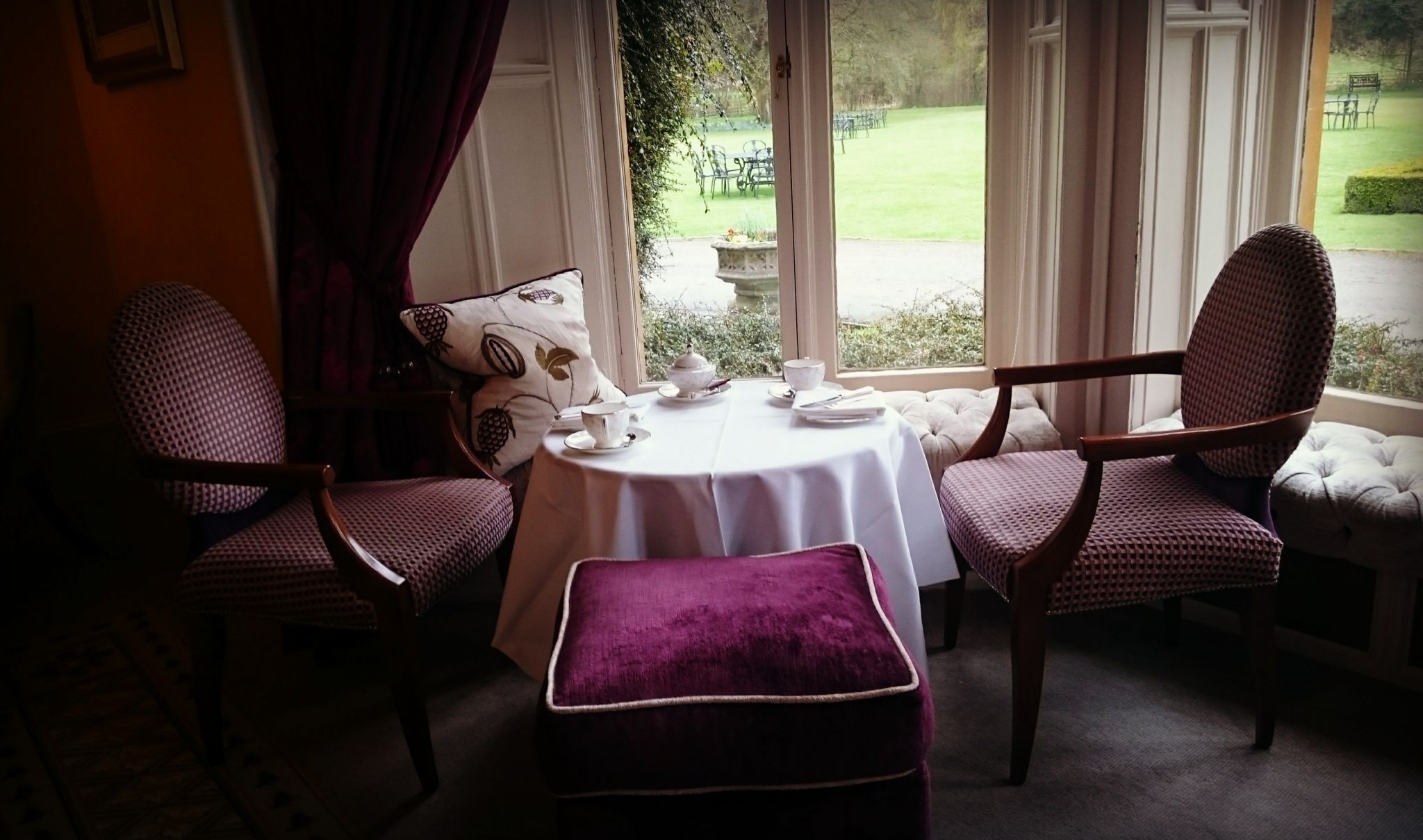 I had the Nyetimber tea, DH had the afternoon tea and the children had the children’s tea  (not featured on the menu below) with hot chocolate to drink.  The Nyetimber Demi-Sec was absolutely perfect and brought a wonderful sparkle to the tea. 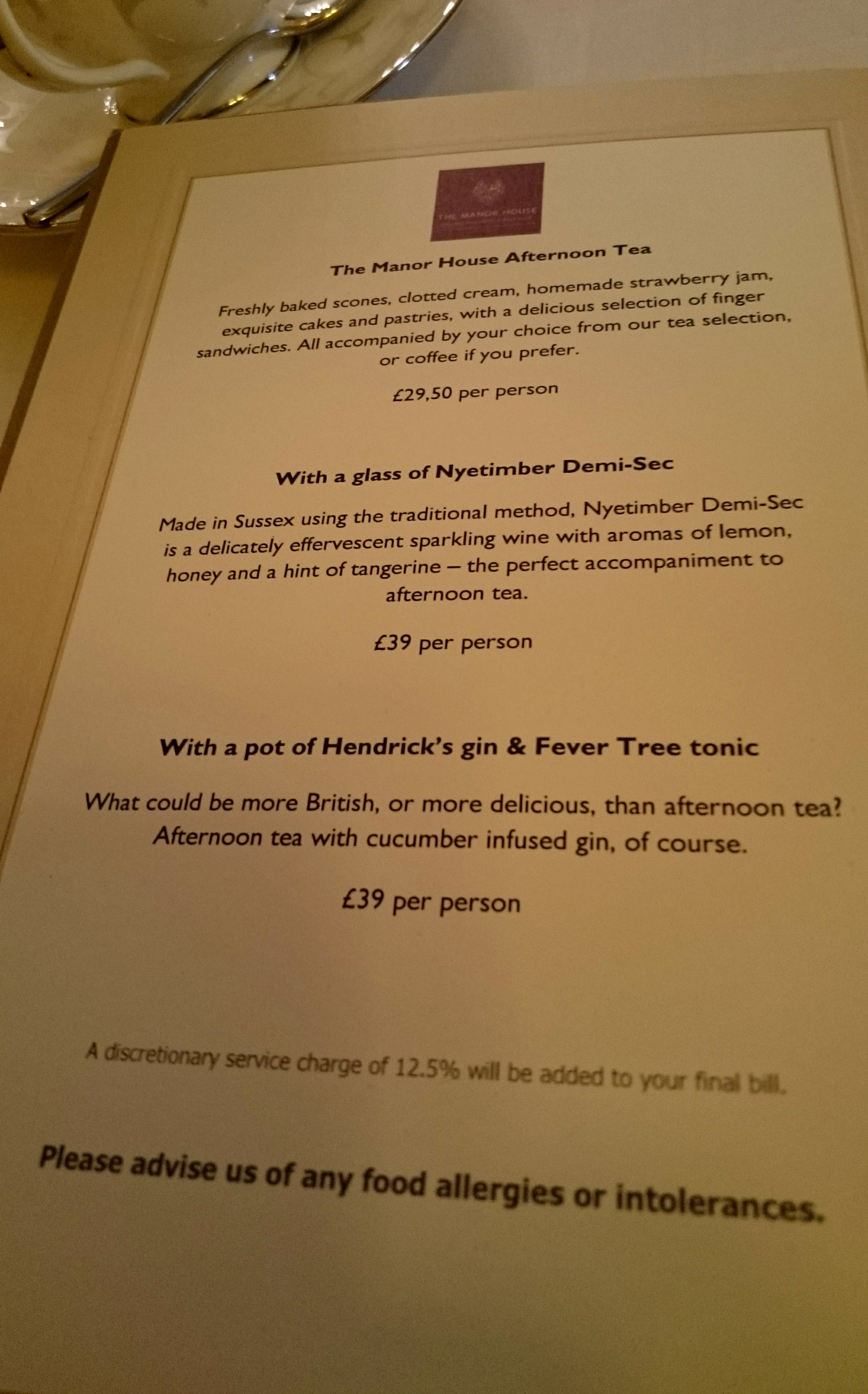 Sandwiches featured coronation chicken, smoked salmon and a totally delicious cheese with what I think was celeriac. Two types of scone were served – plain with jam & clotted cream and a cheese scone with butter. The scones were declared the best ever by the family scone-monster and she should know, she’s eaten a lot of scones. 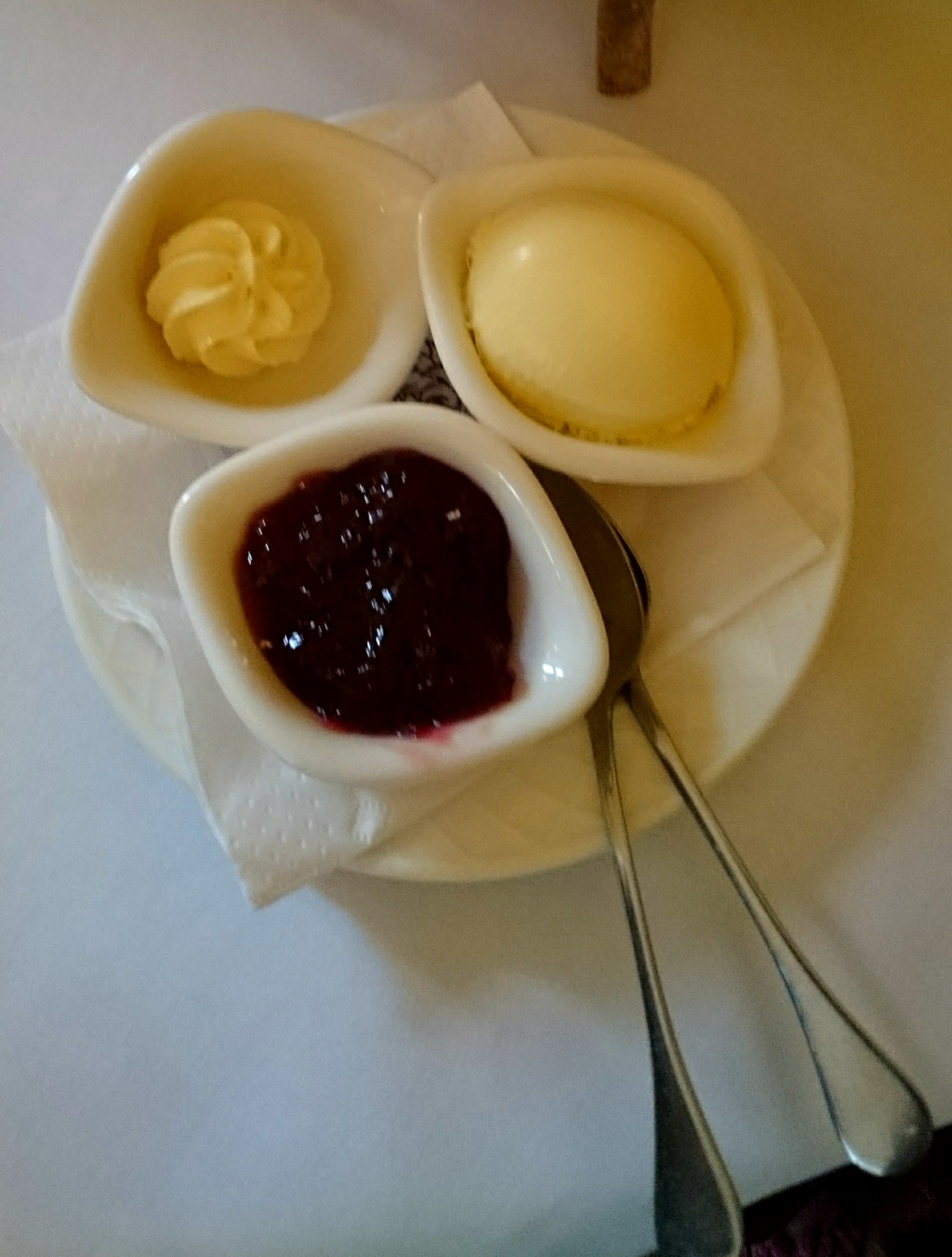 A green macaroon which I fancied was in recognition of it being St Patrick’s Day weekend, a melt in the mouth passion fruit and apricot dessert, a nut and caramel slice and a rhubarb and custard choux pastry confection finished off the patisserie, downed with pots of tea. Everything was delicious and it was all eaten.  Other tables were getting cakes boxed up to go, this never happens at our table! 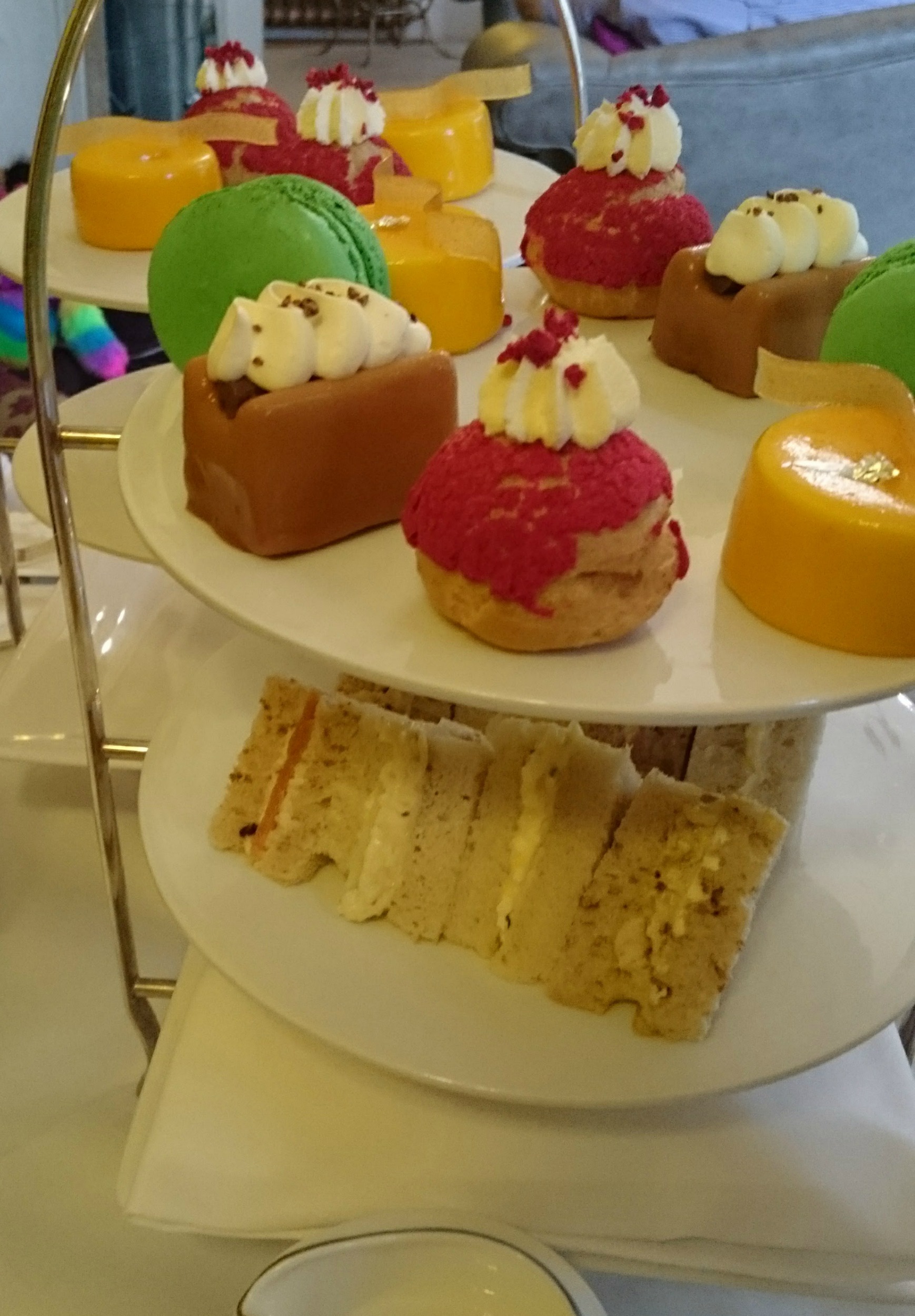 After tea, the children played chess again, indoors this time whilst we read the papers and relaxed. 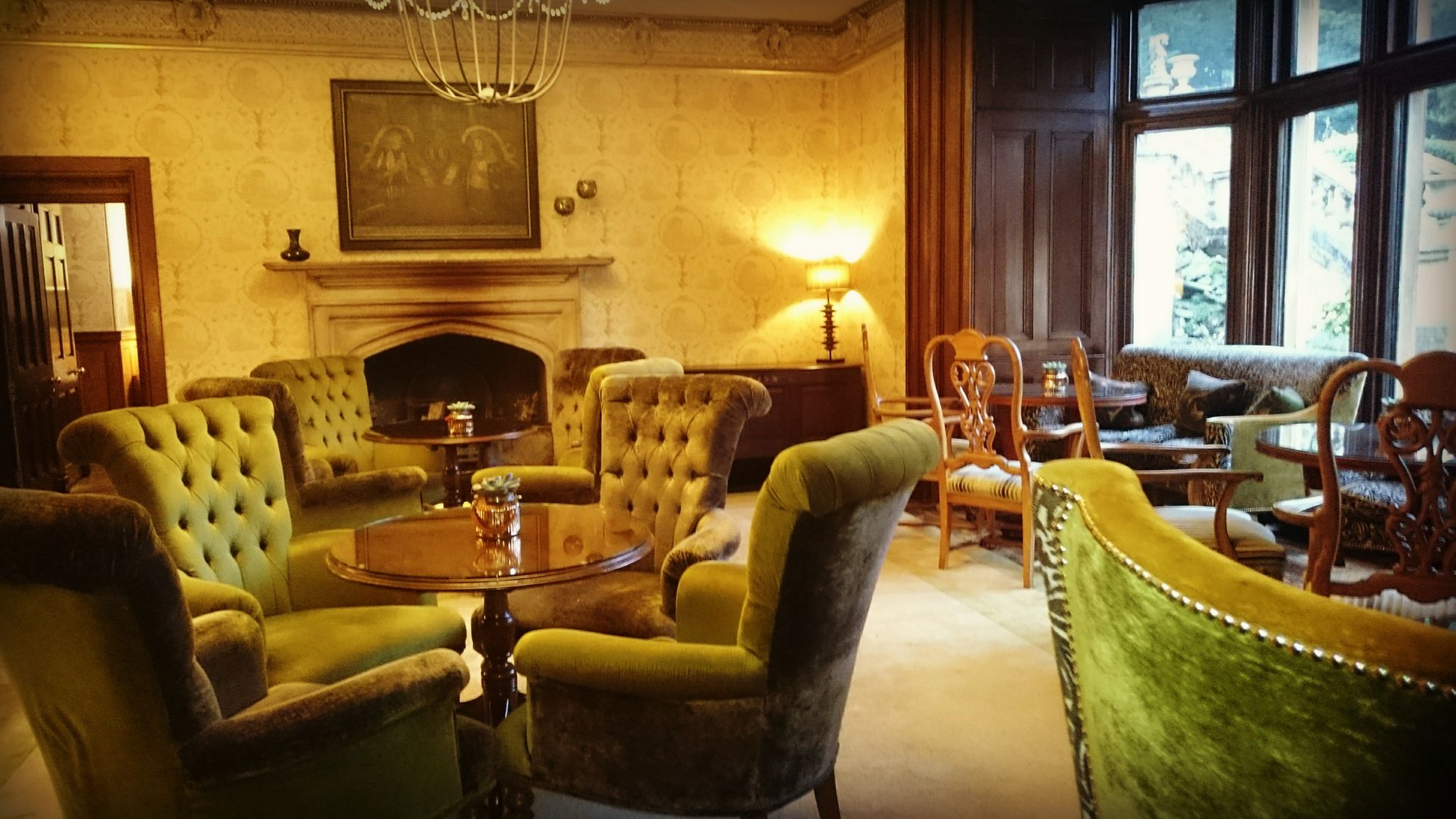 Sometimes in life you need a little bit of luxury, to take a moment to admire the view, enjoy the delicious cake that someone else has made, drink the champagne and sink into a deep, fireside armchair. Bliss. 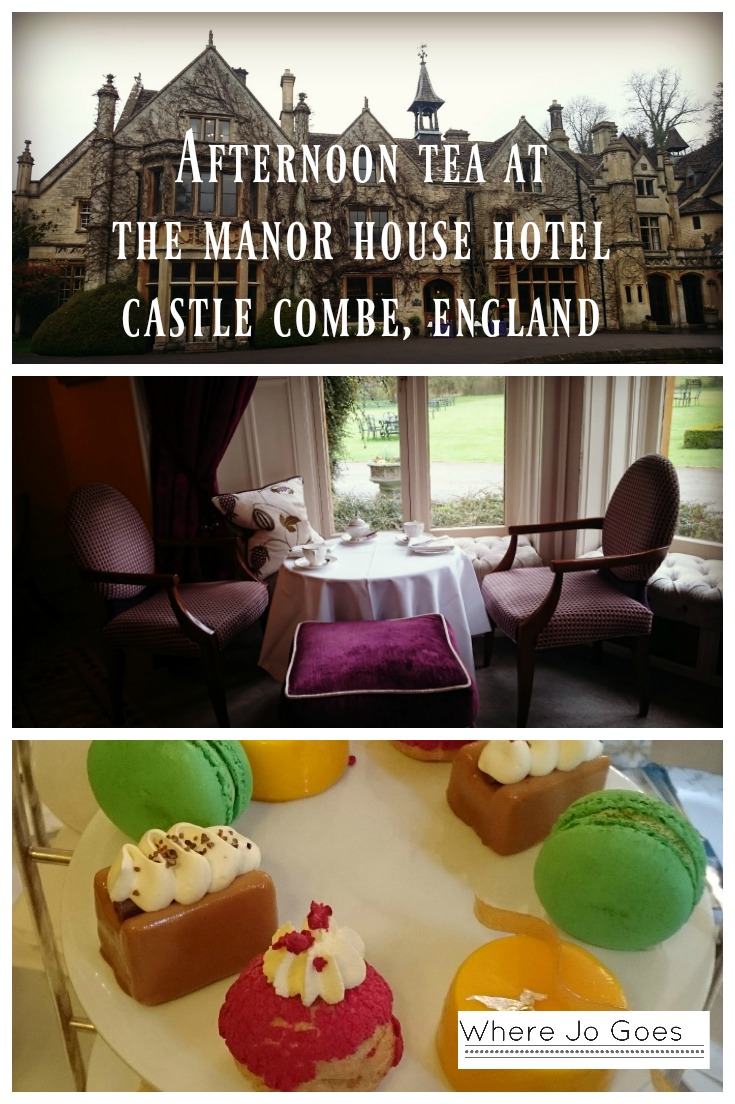 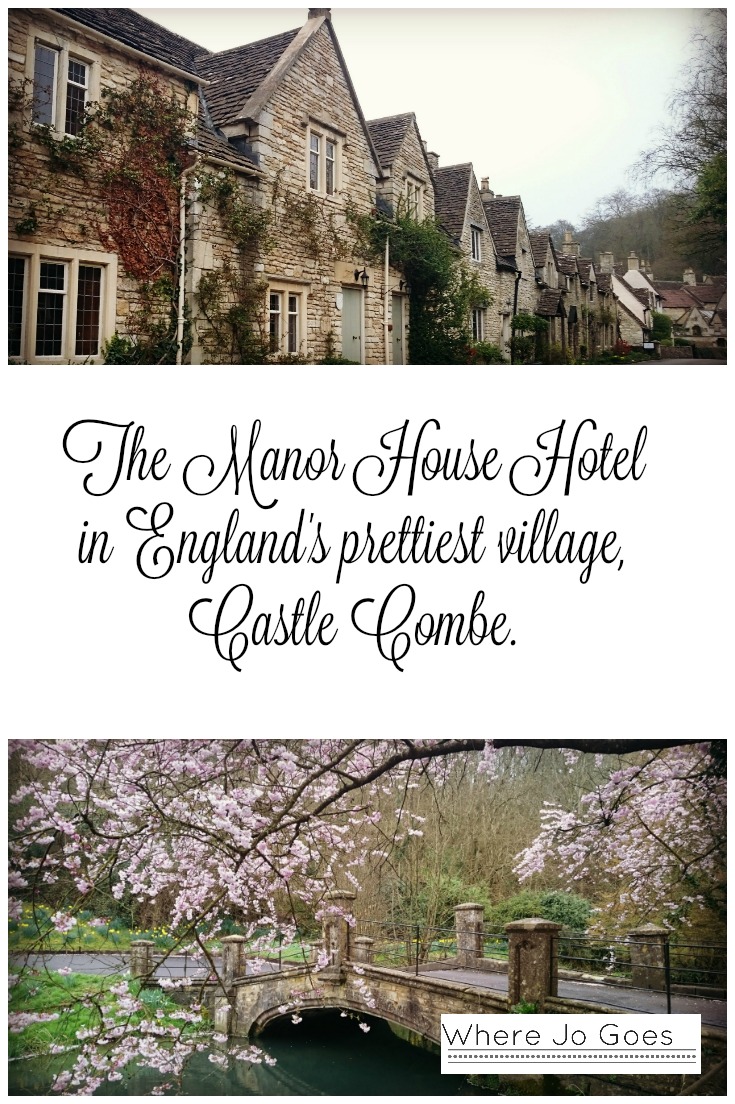 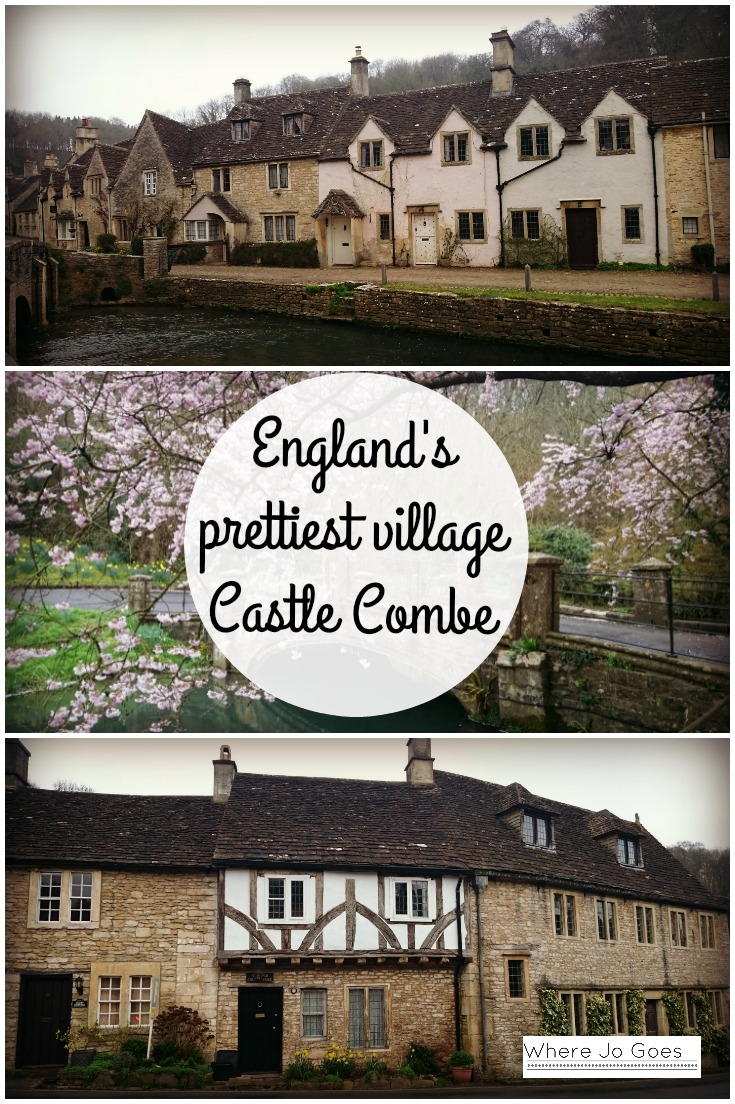 This post is in no way endorsed or sponsored by any of the organisations mentioned. All pictures, words and cake-eating are the work of the author.